Home Additions That Go Against the Grain 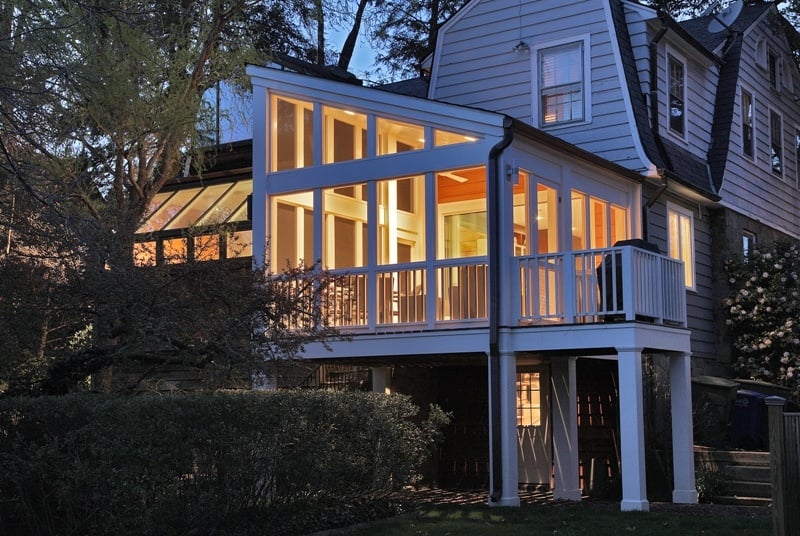 Prospective clients will often say “we want an addition that doesn’t look like an addition.”  People want home additions to respect the architectural character of their house. We can do that. We’ve done that many times. Sometimes, though, a homeowner asks us to push back on the given design style of their home. What then? Do we risk a potential clash of architectural styles rather than try to talk the client out of a questionable idea? No. We accept the challenge and get creative. 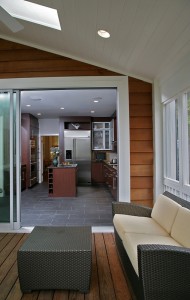 The contemporary profile of this screened porch intentionally contradicts the not-so-fashion-forward look of the Dutch Colonial house to which it is attached.  The homeowners, though living within the four walls of a traditional Washington DC house have furnished and remodeled to suit their modernist sensibilities. 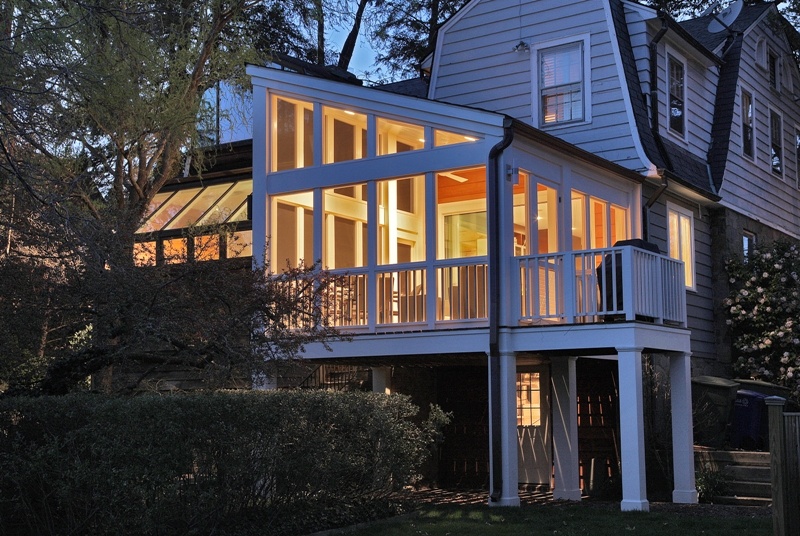 Sleek vs. Stodgy. Can they learn to get along?

What makes this porch addition work (in our humble opinion) instead of clash?  Though the lines are clean and modern, the broad white trim boards bring a recognizably traditional element into the mix.  We think that helps competing visual styles to peacefully coexist. 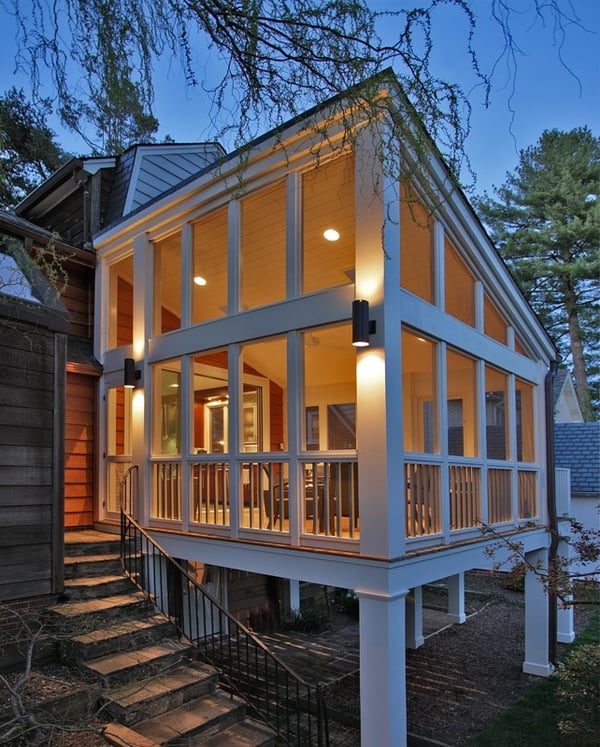 A steeply raked roofline lets in lots of sky

As it often goes, form follows function.  In terms of function: the owners wanted this porch to be a natural extension of the kitchen.  When weather is nice, the wall of stacking glass panels can be completely opened. 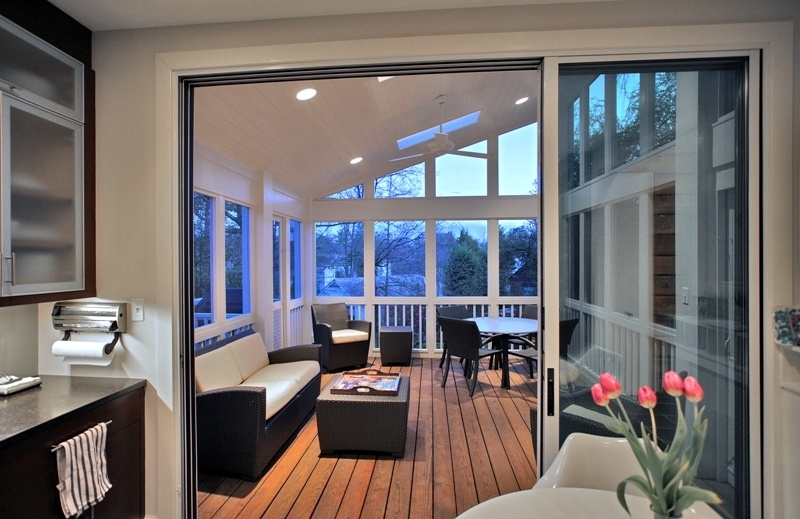 A view from the kitchen catches a lot of sky

And then there is the light.  Often an addition will shade the adjacent interior, but the lofty,  steeply raked ceiling provides sky views.  The structure seems to just scoop daylight deep into the interior.

If you'd like to learn more about creative potential for remodeling your older home, read our eBook "The Essential Elements of Renovating an Older Home."