Home Remodeling: It's Exciting Then It Isn't Then It Is 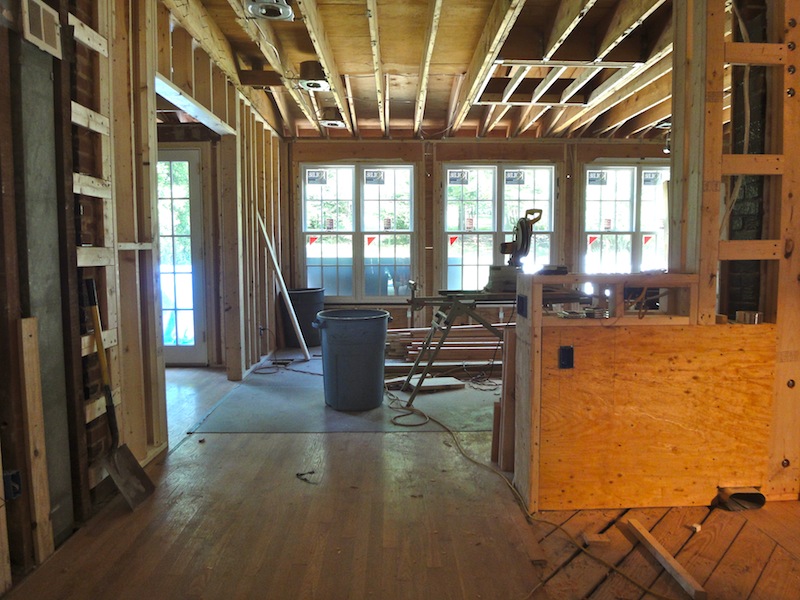 Home remodeling, can be a bit of an emotional roller coaster even when all goes according to plan.  We get that. The design process is exciting and gets the creative juices flowing.  The jitters set in as we gingerly make our way through final pricing and finalizing the construction contract.  Then comes a big surge of relief and renewed excitement when we arrive on day one to prepare the site for demolition and construction.

You wouldn't expect this but some of the most exciting moments in a home remodeling project take place once construction is under way.  This is particularly so, when the program calls for home additions or whole house renovations.  These can be huge and complex--there is a lot of change and a lot of anticipation bundled up with them.

One of our remodeling clients said that she loved being able to see inside the part of her house that was ripped open to make way for a kitchen addition.  She also expressed how serene it felt to stand in an unfinished space later in the day after the craftsmen had gone home.  There she would be, walking on a bare wood sub floor, looking through the framing into the open walls and ceiling.  It all feels so open and ripe with promise of the finish work that is to come.

There is no denying that there are highs and lows during the home remodeling process.  It's a bit different for each person. Most people experience some dip in the excitement level at transition phases of construction.  For example, when we proceed from the exhilarating open space of rough framing to the close in phase with drywall.  The beginning of that next stage in the process can make rooms feels small and painfully bare.

These two photos may give you a sense of how this works.  First, we show the rough framing phase, then the same scene after drywall has been hung. 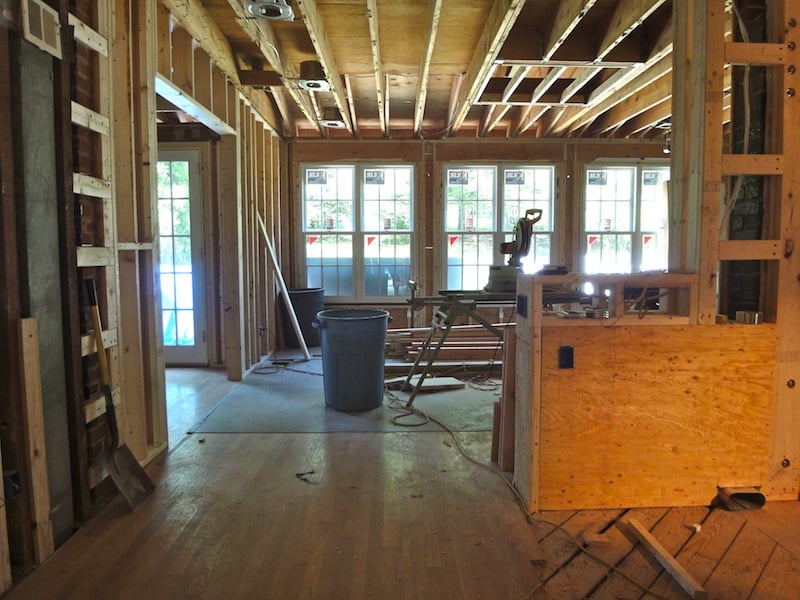 The wide open spaces of the rough framing phase of contruction

The early drywall phase may trigger a temporary spell of claustrophobia.

"Oh no!  We should have made the room bigger!"  That might be the initial response to this very big change that has taken many weeks to develop.  The drywall appears quite featureless and dull compared to the framing.  But, be assured, that "smallness" is an illusion.  Trust your designers.  Trust the design.  It is going to turn out precisely as you planned except for one thing:  it will be slightly better than planned.