In the previous post (The Architect In Design Build Part One) we took a peek at design build architect Dan Morales' process as he prepared to design a kitchen and family room addition for an 1885 Victorian in the Cleveland Park neighborhood of Washington DC. This article will look at the completed project, and the process the architect went through to develop the concept. 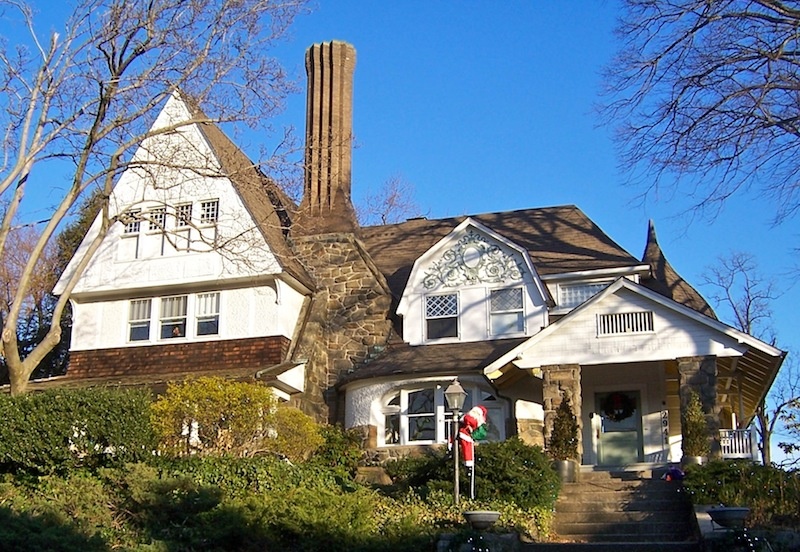 This home built in 1885, and added to over many years, projects a distinctly eclectic design style.

Surveying the mass of formal elements at the front elevation, we wondered what features Dan might carry over to the rear of the house for the new kitchen and family room addition.

A Picturesque Pile of Roofs

Compared to the front, the rear elevation is toned down slightly (pay no attention to that large turret on the left).  It is less a collision of styles, though every bit as lively as the front.  Dan sees a playful massing, a "picturesque pile of roofs flowing and cascading outward from the central structure. 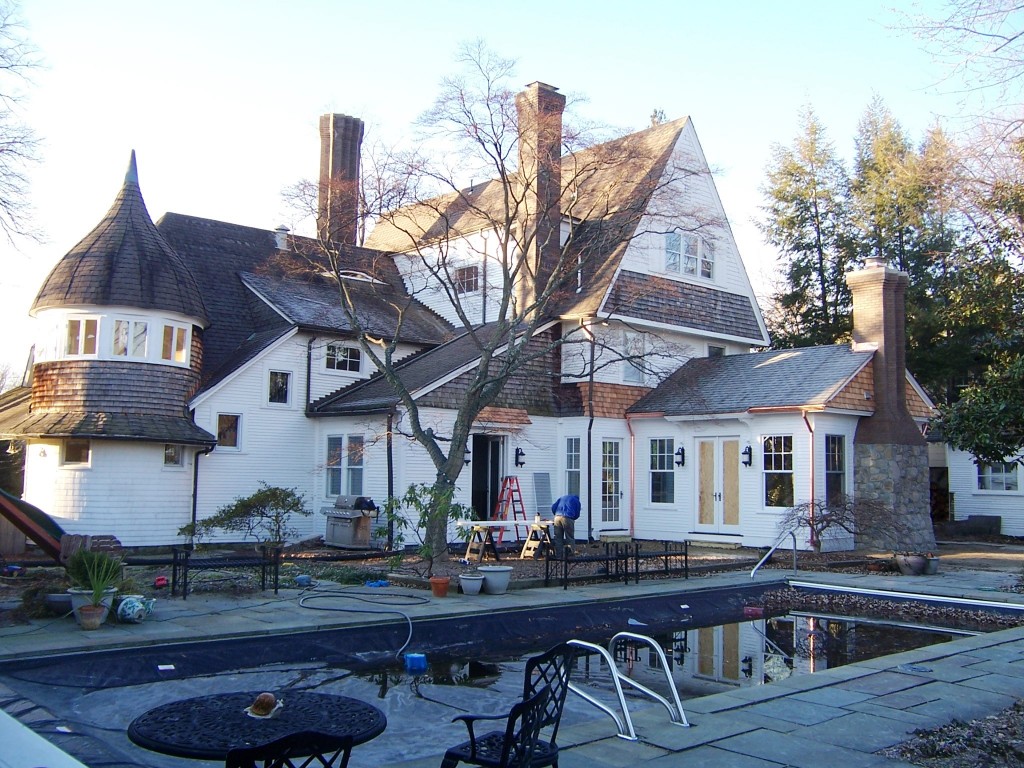 An identical (but shorter) version of the Gothic chimneys on the main house anchors the nearly completed family room addition.

"The house already had a lot of musicians in the orchestra. Some would say it holds together, some not. I just couldn't see rolling in with trumpets blaring." Daniel Morales, Design Build Architect

Dan decided he didn't want to  add another stylistic layer to a composition that had been already pushed beyond the limit.  As the photo (above) of the nearly completed project shows, he kept it simple.

All the details of this discreet family room addition resonate with the cascading composition behind it.  The low pitch of the addition roof matches the pitch of the shed roof to its immediate left.  The stone and brick chimney is a miniature replica of the massive chimney at the front of the house.  The skirt of shingle siding at the upper gable is carried through as well.  The details of window style, doors and decorative brackets all conform as well.

With the new addition in place, it seems the overall picture is balanced left to right and top to bottom.  The towering drama of the two main chimneys and the steep pitched roof, resolve gracefully downward to the yard and the pool patio beyond.

If you'd like to discuss the potential for of putting a family room addition on your house, schedule a consultation with one of our architectural designers.

And prepare yourself to get the most out of that meeting by downloading our eBook 6 Things to Ask Yourself Before You Call a Home Remodeler.