Putting the Design in Designer Kitchens 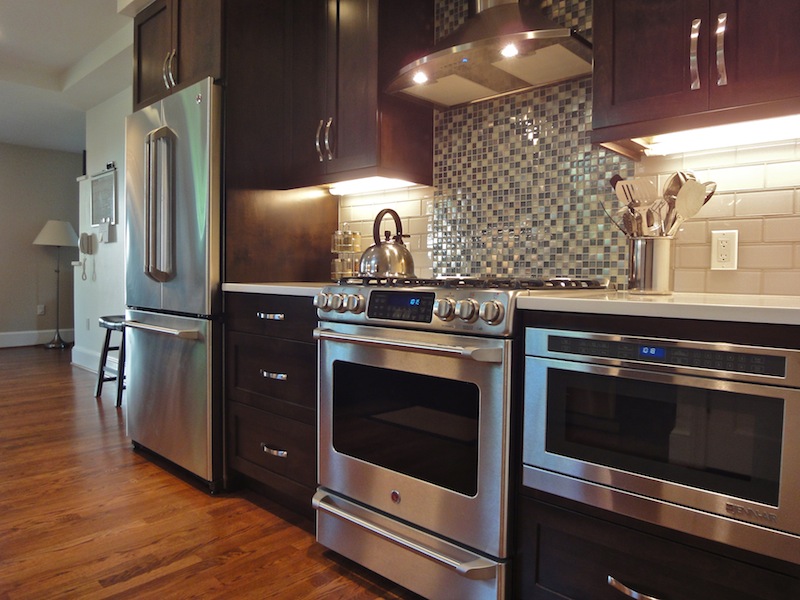 What Makes A Designer Kitchen?

The designer does.  A smart kitchen designer makes a thorough assessment of the limitations and possibilities of a space.  She puts that factual information together with what the client is yearning for.  As client and designer develop a vision for the space, the designer will keep what already works, fix what doesn't, change what can be changed and gracefully work with those elements that can't reasonably be changed.  That often plays out in a carefully drawn series of small revisions that add up to a significant effect, an effect that transforms a kitchen into a space that really works.

Love the Possibilities But Love the Limitations More

Here's a kitchen remodeling project recently completed in the Chevy Chase neighborhood of Washington DC.  It is a long rectangular space with an axis that goes from the front door to the rear patio doors.  We had to correct issues in the existing kitchen without moving any walls or doorways.

At first glance (comparing before and after shots) it may appear to be a mere "anybody-can-do-it" replacement kitchen.  Not so.  Here's a partial view of our new kitchen today... 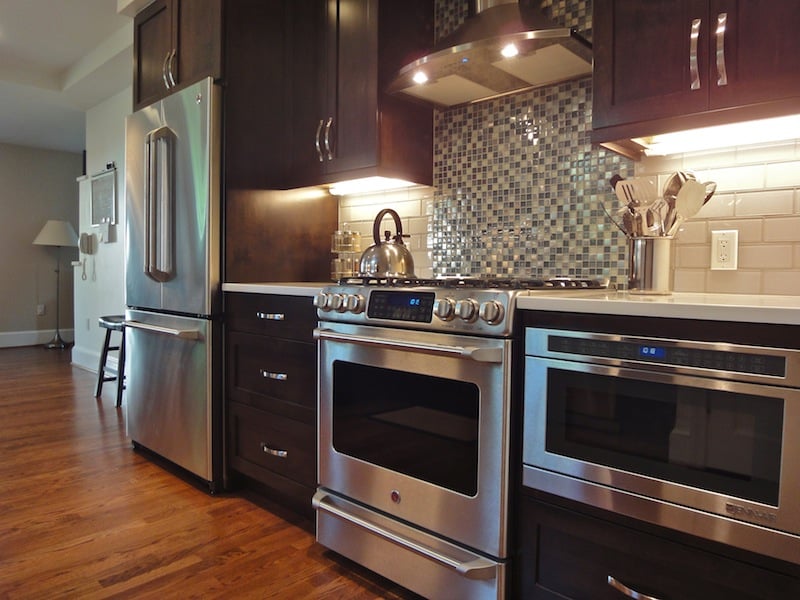 Here is the same view before our kitchen designers went to work on it.... 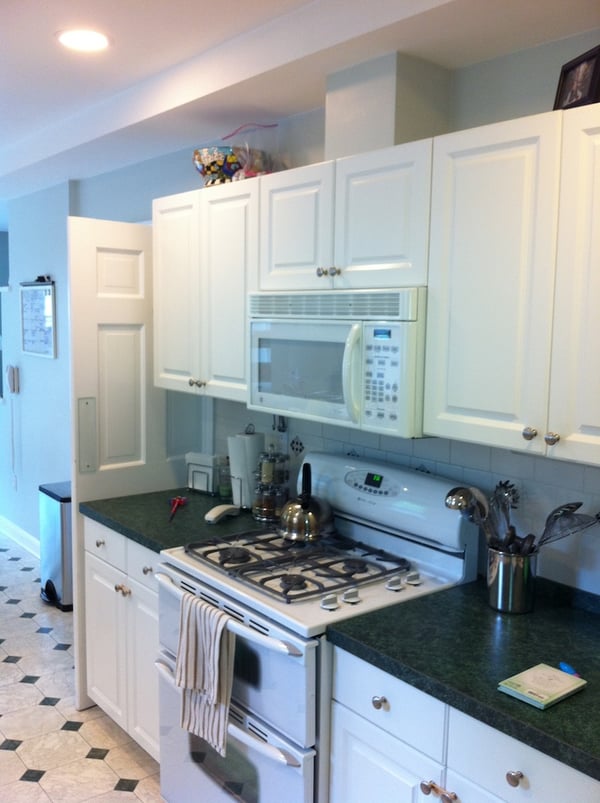 The first photo above shows that the refrigerator moved in the new kitchen design, snugged against the dining room doorway.  A new range and under counter microwave oven were added with no loss of cabinet storage or counter top area.  That's efficient use of space.  That's a designed solution.

Looking at the opposite side of the old kitchen we see a peninsula jutting out into the room with table seating beyond. 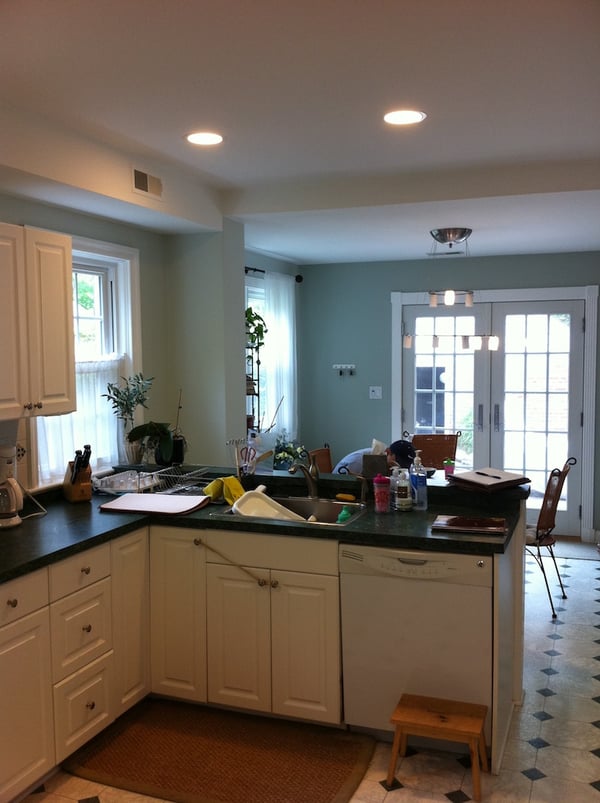 The peninsula does nice job of defining the kitchen work area.  But it doesn't do a great job of visually separating the kitchen from the dining area beyond.  All the pots and plates are right about eye level when one is sitting at the kitchen table.  Since the clients wanted both table seating and some "perching" spots at the counter (the peninsula offered none), Gilday kitchen designer Leslie Roosevelt came up with this.... 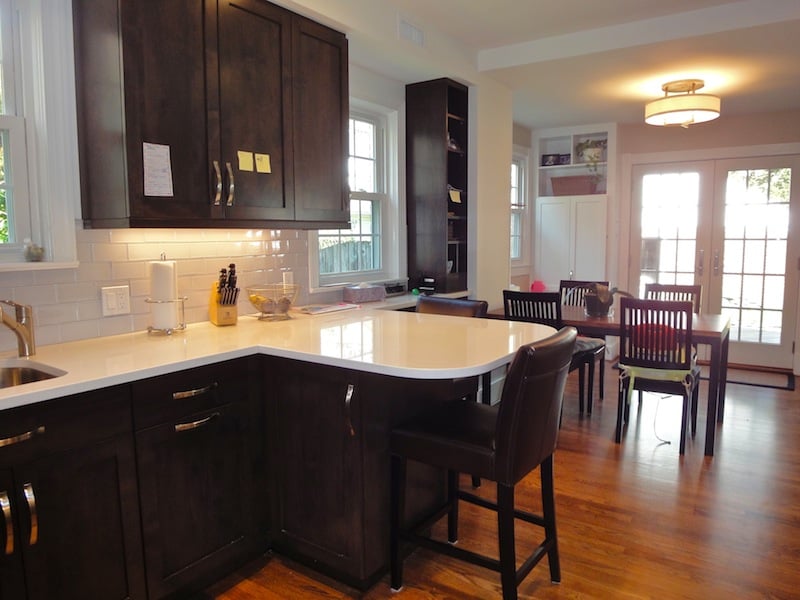 The sink and dishwasher are moved to the left under the windows facing the side lot.  This does three things:

The space in between the mini peninsula and the breakfast table has built-in cabinets and countertop for a compact desk slash catch all area.

And finally, it looked to us like the clients were using the spot near the patio door as a make shift mudroom slash toys and shoes dumping ground.  So we organized the way they were already using it with built ins. 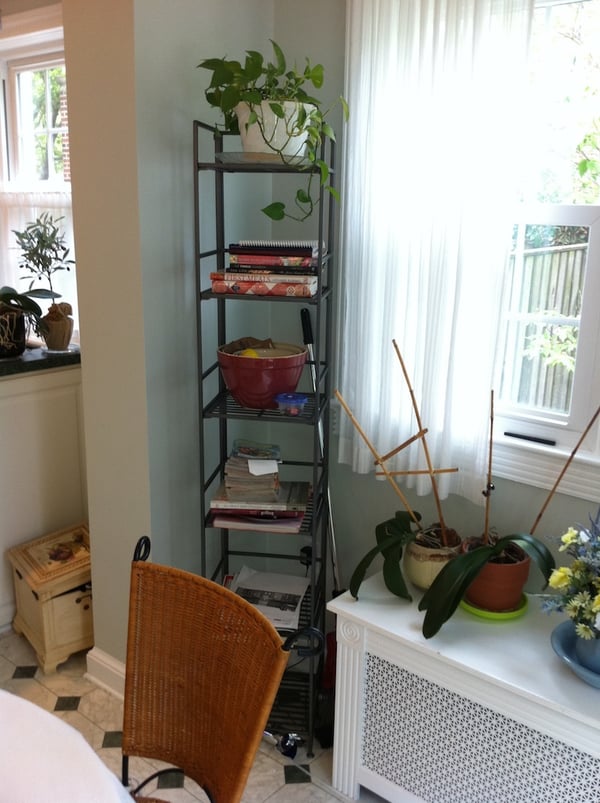 The next two pictures show how we organized the area to the left and right of the window to match how the homeowners were already trying to use it. 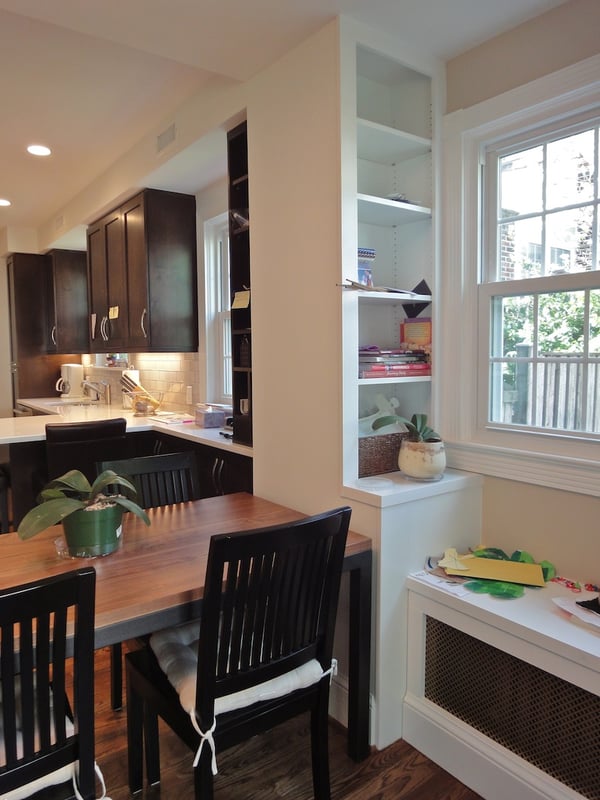 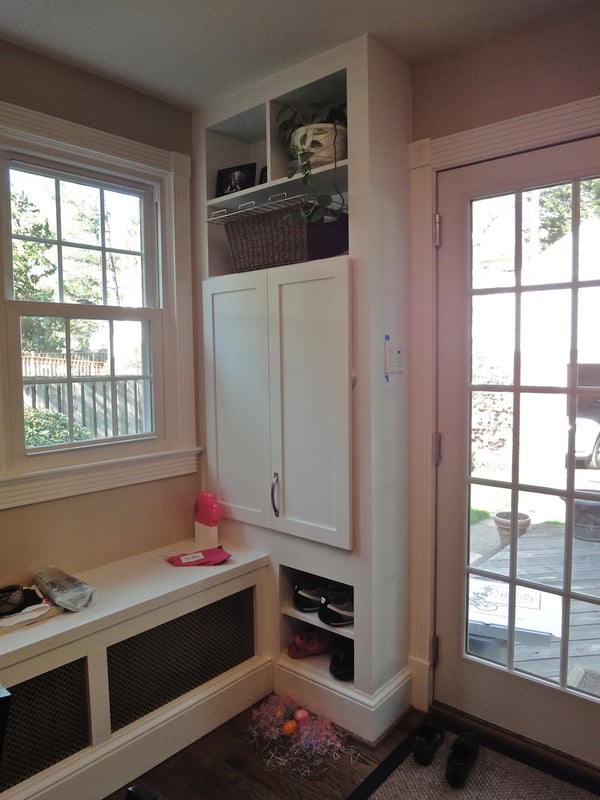 The radiator -with slight modification- makes a very nice bench seat right where it is needed.  It was there.  It couldn't be moved.  It was a limitation.  Now it is an asset.

Good Design: Making Use of What's Right Under Your Nose

So, taking advantage of what is right in front of you is a significant part of good design.  The parameters of the room have not changed at all.  But the room itself is transformed.

So you see, the term "designer kitchen" may suggest to some people a kitchen that is needlessly fussy, fancy and expensive.  In fact, it is the result of a collaboration between client and designer that is artfully, gracefully practical. 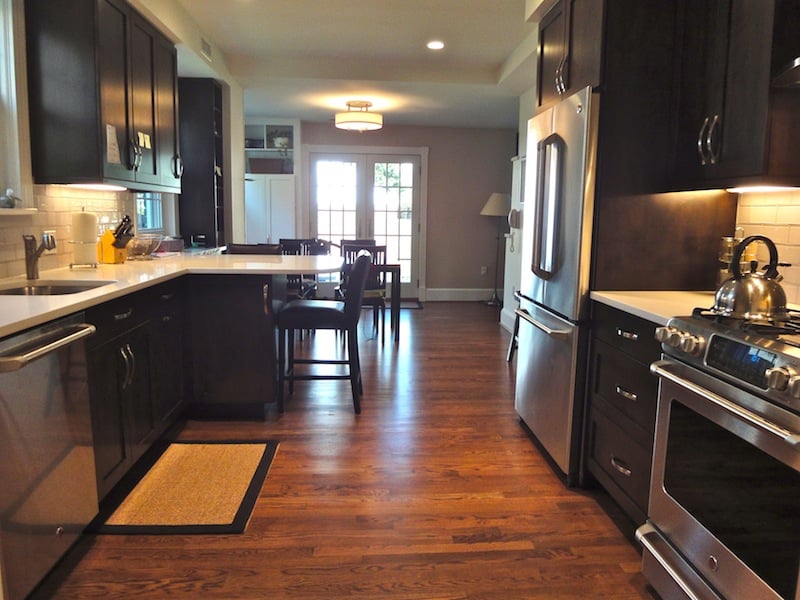