Live With It? Never In Design Build 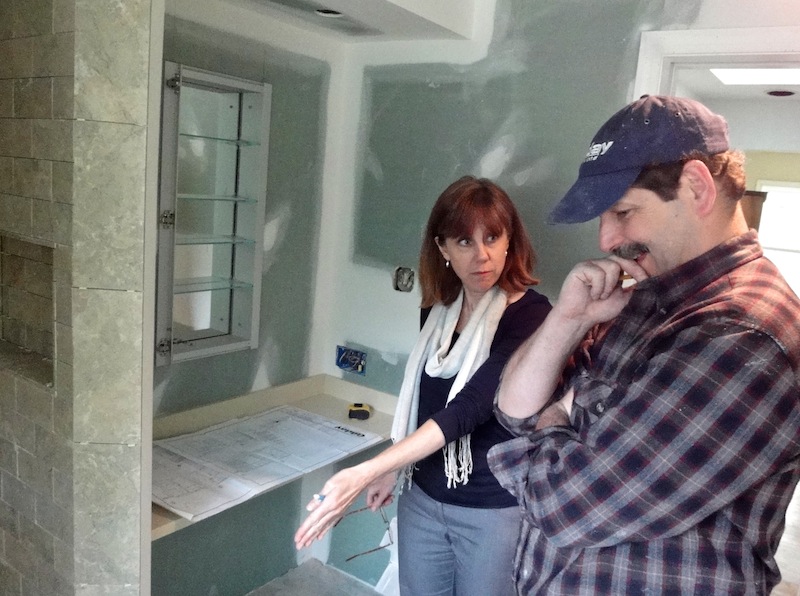 Bathroom Remodeling: Can You Live With That?

We often find ourselves correcting mistakes left behind by other remodeling companies--especially in a bathroom remodeling project. When small mistakes happen in the middle of a project and they can't be corrected without a lot of trouble, a remodeler may to ask the client: "can you live with that?" If the mistake is small enough, the homeowner may accept the project as is even though they were expecting it to be perfect down to the smallest of details.

"Live with it is not an option for us,"  says master carpenter Patrick Donly.  Interior designer Leslie Roosevelt agrees:  "there is no excuse for our clients having to put up with anything less than what they expect--that's what they are paying us for." 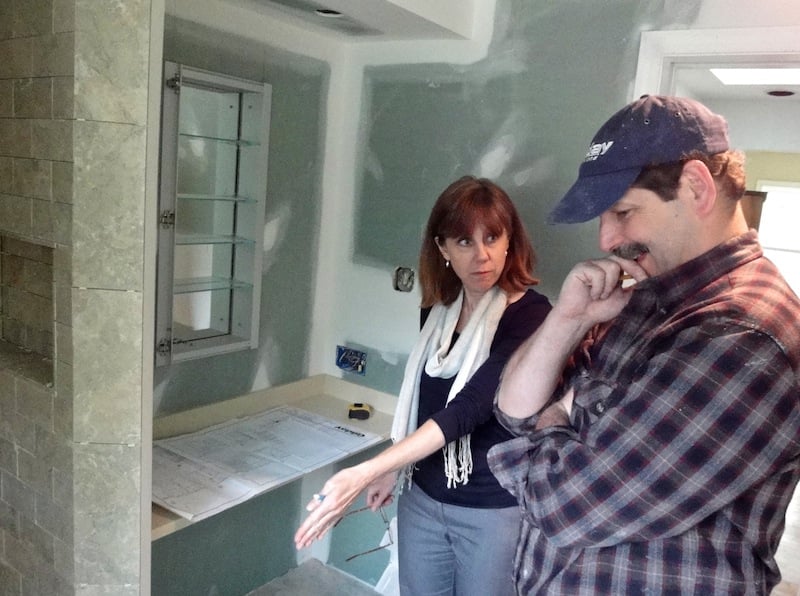 Patrick and Leslie are nearing the finish phase on a master bathroom remodeling project in Washington DC near Chevy Chase.  They were talking about the way they work together, how the design build approach to bathroom remodeling makes it possible for the designer and builder to manage all the fine details that matter once a project is complete.

They explained how they would be building up the bathroom subfloor so the existing hardwood leading into the bathroom would join flush with the new tile floor.  It's one of those small details--but its effect on the owners is not missed. For years they'd put up with an uncomfortable ridge underfoot at the threshold between the bedroom and bathroom.

Leslie and Pat say that this is unacceptable.  When you are walking in your bare feet from one area of the master bath to another, you shouldn't even slightly stub your toe on an uneven floor.  It matters to us that the floor feels good as well as looks good to the owners.

"Let's not have them live at the same level they were before. Let's take them to a higher level." -Patrick Donly, Master Carpenter 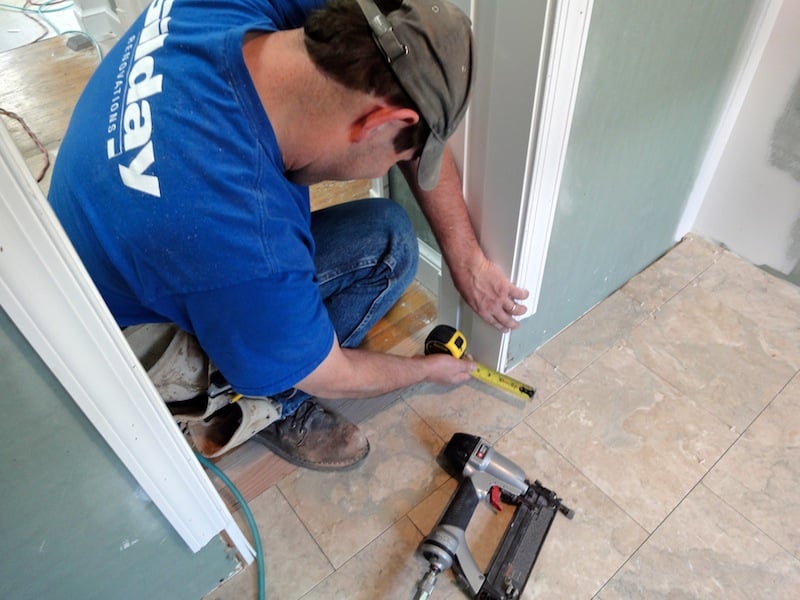 A design build approach to bathroom remodeling ensures that all the fine details will be taken care of.

You Don't Have To Put Up With That Anymore

There are many details that an inexperienced or hurried remodeler might over look during a bathroom remodeling project.  The client might not notice any of these mistakes until six months or  a year later.  We take care of all those little things up front--in the design phase and later on during construction. The design build approach to bathroom remodeling is based on a high standard of communication and collaboration.

It is the design build mindset, the ongoing communication between designer, builder and homeowner that keeps us on track.   Whether the client is conscious of it or not, it is the Gilday way to make your home right today, better than it was yesterday and much better than you imagined it would be once the project is finally finished.

Make sure you are prepared to ask good questions before you embark on your bathroom remodeling project by downloading our eBook.