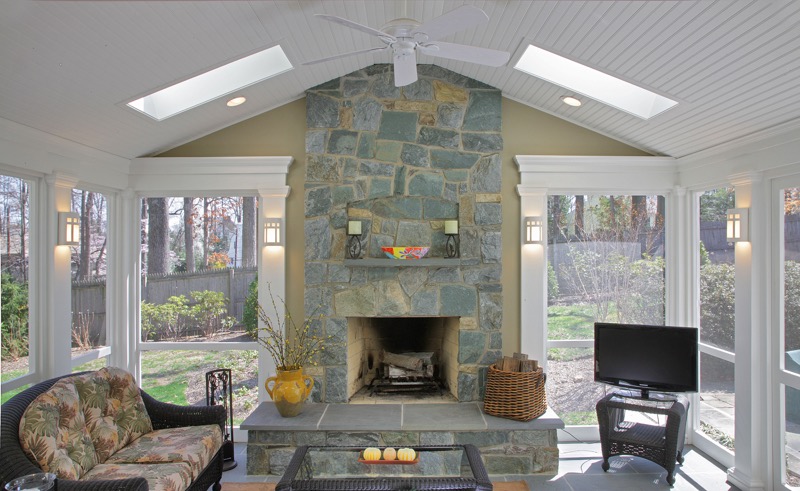 If you live in Washington, DC, or its close-in suburbs in Maryland and Virginia, your house is probably old. And if you’re looking to buy? You’ll be looking at old houses.

According to a recent housing profile by the Department of Housing and Urban Development and the U.S. Census, the median age of homes in this region is 34 years. And prior to that, nearly 300,000 homes in this area were built in the mid-century-modern era between 1950 and 1970, while almost 200,000 more preceded them in the first half of the 20th century and earlier.

“There are all vintages in this area,” says Joe Rubin, a broker with Long & Foster Real Estate in Bethesda, “but there are certain things people want these days which are not typical of older housing stock.”

Want a big kitchen with an island? You won’t find it in one of the area’s prewar Colonials. Ample closets and a spacious master bedroom? Those were hard to find much before the mid-’80s. Bath design & remodeling, in particular, has evolved so much that the Jacuzzis and faux-marble vanities popular 20 years ago are being replaced with even huge showers and stone or quartz counters.

It’s no wonder, then, that the DC region is second only to Boston for how much we spend on big-ticket home improvements, according to a recent report on the remodeling industry by Harvard’s Joint Center for Housing Studies. 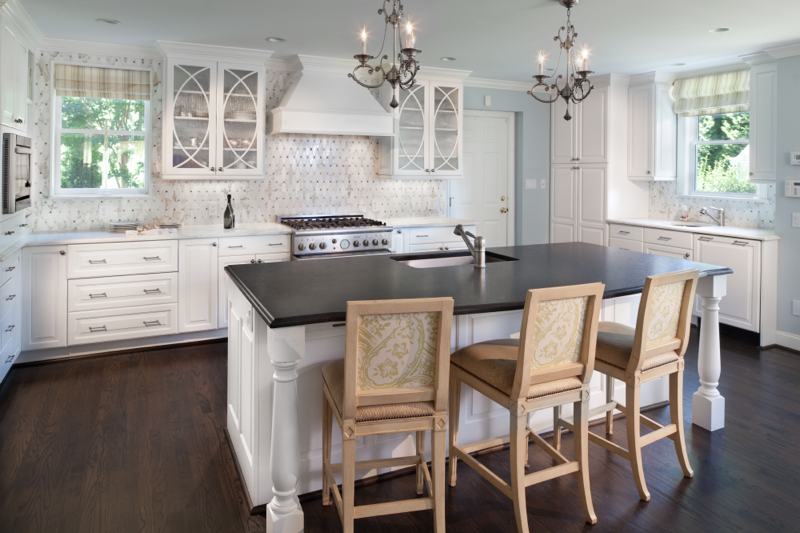 A home’s age, therefore, has everything to do with how one should approach remodeling and home additions in Washington DC.

Architecturally speaking, home styles have certain rules, whether it’s a Victorian brownstone on Capitol Hill or mid-century split-level in Silver Spring. So if you don’t want an addition to look tacked on, says architectural designer Tina Keppler of Gilday Renovations, “you’re designing in the language of a house—proportionately and historically. You want to make it look like it doesn’t have an addition.”

Some homeowners choose the opposite path, opting for an ultra-modern amendment to a traditional design, which is popular in Europe. “They don’t have to be so nostalgic about everything,” Keppler says, especially if the home isn’t designed with a pronounced aesthetic.

The trick, she says, is not getting caught in the middle, where the renovation’s architecture is neither a clear departure nor a seamless transition from the original house.

From a homebuyer’s perspective, evaluating a purchase almost always takes remodeling into account, Rubin says. Ceiling height, for instance, tends to be low in older homes—about 8 feet—while new homes being built these days feature standard ceiling heights of 9 to 10 feet.  If that’s a big deal, Rubin explains, one might want to look for a newer house, because ceilings are hard to raise easily in a renovation, unless you keep higher ceilings in an addition.

Windows are another big consideration. Even if they’re appropriately sized, Rubin points out, older-home windows “are single-paned and woefully inefficient.” Room layout is another factor, he says. Older homes have formal living rooms or dining rooms, but modern homebuyers typically want to put their dining tables and sofas in new configurations within more open floor plans.

Kitchens and baths, of course, are the biggest renovation drivers. The National Kitchen & Bath Association (NKBA) released the results of its extensive Size of Market Study and Outlook, revealing a value of $147.3 billion in sales of products and materials aimed at the residential kitchen and bath market in 2016. That’s the biggest portion of any type of remodeling—except for exterior replacements, which brings up another reason old homes almost always demand some form of improvement.

Exterior replacements include roofing, siding, windows and exterior doors—necessary upgrades, in many cases, to preserve the home’s structural integrity. Owners spent nearly $11 billion across the country on these jobs, or 20.3 percent of the improvement purse. And at $8 billion, system upgrades such as plumbing, electrical and HVAC rank third in line.

“Systems are something that don’t jump out,” Rubin says. “Most homeowners don’t think about what’s behind a wall, but when you start talking about a home’s age, you have to look at the infrastructure.”

Sometimes, necessary improvements for older homes result in remodeling opportunities. Keppler recalls working on an 19th-century home where the foundation washed away in a storm once demo had started on a renovation. After the initial shock wore off, the owners used that crisis as an excuse to rebuild a deeper foundation to accommodate a large new basement and a three-car garage.

Infrastructure problems aren’t limited to old houses, though. Issues arise frequently with newer spec homes, Keppler adds. “Some builders are more concerned with the glitz—they’re not concerned with the bones,” she says. “They keep the price down on building quality so they can have more fun stuff on the inside.”

Cutting corners on a foundation, for instance, or a home’s framing or plumbing, can result in unwanted surprises sooner than a homeowner might expect. According to the Census/HUD report, nearly 95,000 homes have been built in this region over the past decade. Another decade may not go by for some poorly built new homes before a renovation or improvement becomes necessary.

“Find a good home inspector,” Keppler says. “Quality is No. 1, and craftsmanship makes a huge difference. It’s definitely worth it to make sure you purchase a great home.”

Got questions about the age of your own home, or one you’re looking to purchase? Give us a call. A design expert at Gilday will be ready to help.